I know, I know you were expecting to get this post yesterday. Well I went to the movies instead. I needed a bit of R&R. But, I wanted to go ahead and post the cards that I did last week. I was able to get eight of them done. I should have got more done but I wasn't feeling up to too much at the end of the week. Hopefully this week will be different, even though I have to finish a whole lot of Marvel Beginnings sketch cards. There is never a dull moment in my artistic life.

On to the cards 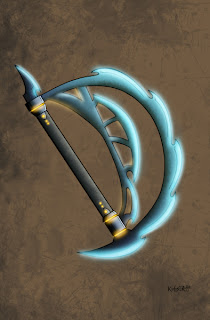 This one is called the Crescent Blade. It is a decorative blade that most officers of the Holy Order would have. I would have to say that it is more for show, but is still very deadly in the right hands. I have to say that I really do enjoy making up new weapons and armor and stuff like that. The mix of trying to make it both functional and awesome looking is always a challenge. I like this one though. 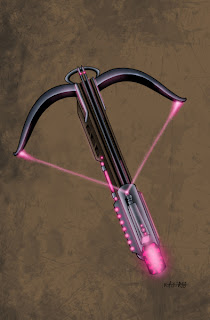 This is my crossbow. It is an energy crossbow. So there are no strings to recoil. I took the idea from the old 80s cartoon Dungeons and Dragons cartoon. The leader had an energy bow and well I thought it would be cool to have that in a cross bow. So the bow and the propulsion for the arrows would all be powered by the energy canister in the back of the crossbow. 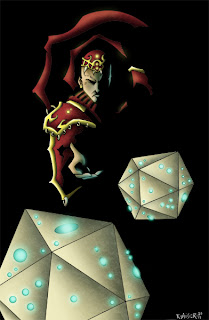 This card is know as Extra Play. I like this card because it gives the caster the ability to roll two d20 for the next couple of turns. It could really change the outcome of the entire match. I have created a lot of these kind of cards. Dark Legacy is all about strategy. You have to try and anticipate what your opponent is going to do so that you can counter and then attack with something powerful of your own. This card could  make that happen. 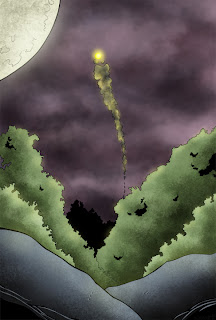 This is a flare. This card is a low level fire spell. It only does one or two damage. It has a low casting cost as well as a low skill level. This is a good card to have in  your deck when you are just starting out. 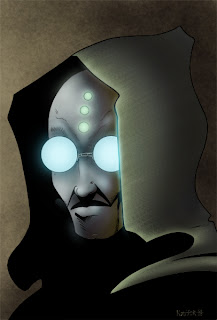 Nemril's Opticals. This is the legendary sorcerer Nemril. He is the most feared and respected sorcerer on Titan. It is believe that he is of 2000 years old and that he knows all. His spell book is one of the most sought after objects in existance. This card is about his opticals that allow the player to look at the next five cards from your deck and put into your hand. Choose five cards to keep and put the rest into the Bone Yard. 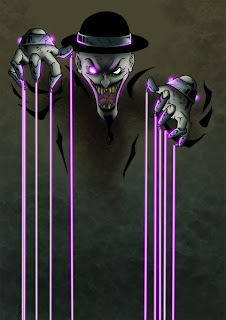 This is one of my favorite cards. This is the Puppet Master. He has the ability to activate or deactivate any card, which can come into handy for any player. The ability to either stop a creature from attacking or blocking or even the ability to turn off an enhancement or ability makes for a very powerful card. 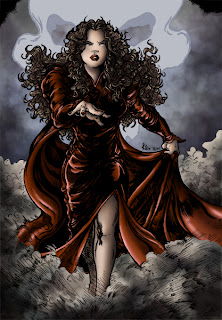 This is the first card that I did with Elvin Hernandez. He is a fantastic artist and he had allowed me to use some of the drawing that he did for Dark Legacy. So he does the drawings and then I do the colors. I am very happy with the way this came out. I was worried at first because I don't always trust myself to have the image look right when I am working over someone else's work. I just don't want to screw that up. But, as I mentioned I am very happy with the way this turned out. Hope you like it. 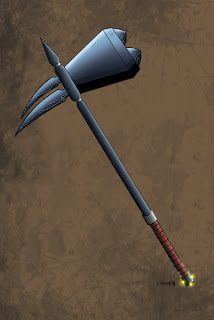 The last one here is the War Hammer. It as a weapon that was designed for pure destruction. A one handed weapon that could both shatter and then puncture as well. This weapon is great to have in battle and would be a great addition to anyone arsenal.