I know that I promised some updates on art. Here you go. Wait! Before we do that why don't we talk about the post I did a couple days ago on Facebook. I said that I will be working for Marvel. Well, I am going to be doing sketch cards for their new upcoming sets called Marvel Beginnings and Avengers the Movie. I was very happy when I was approached with this opportunity. I am still waiting on the actual cards to come in but my excitement is still very high.

OK on to the art. 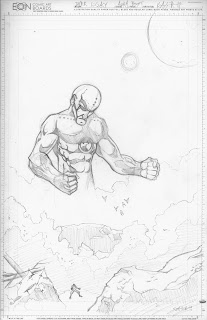 This one is called aura boost. Simple idea. There is a little guy at the bottom and he his able to project his aura up into the sky. I am looking forward to finishing this one, it should look pretty cool once colored. 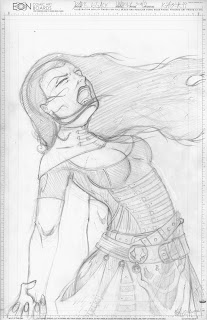 This on is the unholy song. This one is going to look really different once it is done. I have a great idea for the finish, but I don't really want to tell you about it, because that would ruin all the anticipation for this card. 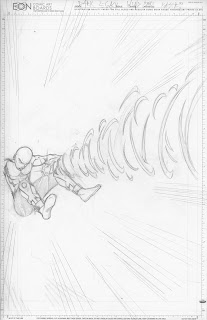 This is the wind spike. I had a lot of problems with this one. The pose that I originally had just wasn't working. I was trying to erase a hole into the image. My wife told me about myself and then I decided to start over and this is what came from that. A lot of this image is relying on color. So, come back and keep an eye out for that. 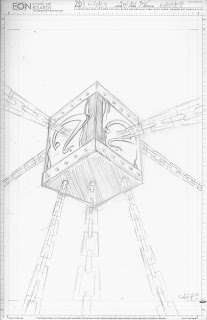 The mystery box. Don't know what to say about this one besides that it is a mystery and it is a box. 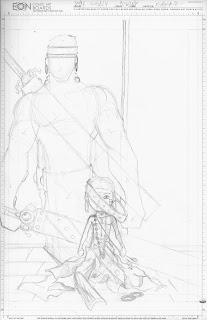 This one is called rewind. I have to tell you that it is really hard, or at least it was for me, to draw the idea of rewind. I started with the two triangles that you find on dvd players and well that just look boring. So I came up this. The idea that this grown man got reduced to a child and the only way we see the grown man in in the kids shadow.