Hello Everyone,
I have been super busy as of late. I have just on a super tight deadline that kept me from updating my blog on a weekly basis. But, I finished it. As soon as the company posts the work, which should be around the end of the month I will post what I did. Before it got to crazy I inked some of the previous drawings that I did for Dark Legacy. I hope to continue showing the pencil version but time was a bit limited these last couple of days so I had to rely on the art I had from before.

Here is what I have thus far. I hope you like it. 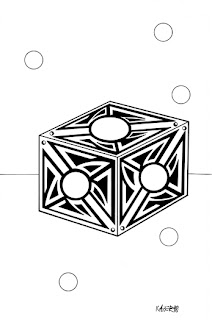 This card is known as the casting box. This is a card that holds five casting points. The Casting Box will be a very useful card to all players. 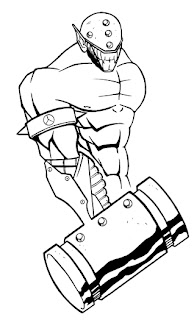 This card is something that I brought in from a different project. It wasn't used so I might as well use it now. This is known as Hammer Fist, because of obvious reasons. This is an enhancement that will make the Hero stronger. 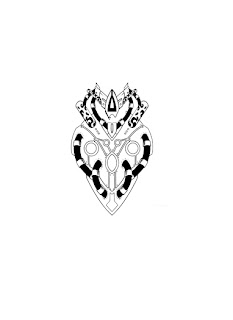 This is the Health Regulator. This is one of the many cards where I only drew on half of the card and put in together in Photoshop. Due to time crunch I need to continue to work smarter and harder that is why I only drew half. 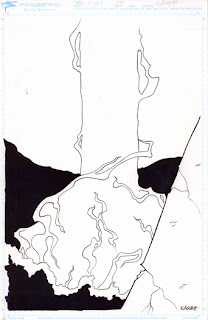 With some much Tech in the game it would be foolish of my not to have an EMP so that is why I drew this. This is really going to rely on color. Some really bright blues will make this image pop. Stay tuned for the final image. 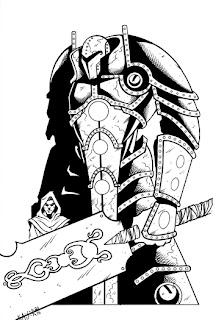 Metal Colossus!. What can I say I wanted to draw a really big tin can. I think it came out ok. I am starting to realize that I am still trying to master the hatch mark drawing and well I know that I am not the best at it, but I do like how it looks in David Finch's work. Now I know I am no Finch, but I have picked up somethings from talking to him. I know that I am going to make a mix of his style and my style. It is starting to come together. I hope you will like it when I am ready to show you. 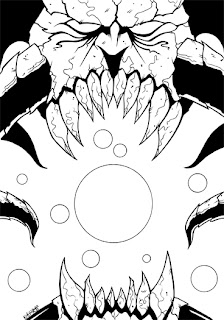 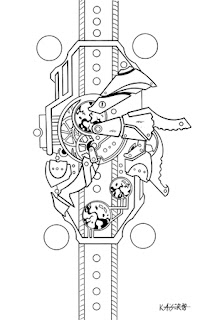 This one is for my good friend Cisco Martinez. We were talking about this object for a very long time. It is know as the D.I.P. watch. Let me tell you that this is one heck of a card. Just wait until the card it done. You are going to want to have this card in your deck. Trust me. 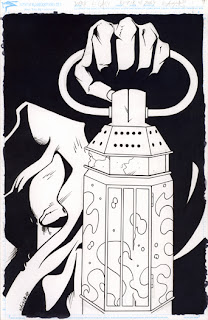 The Keeper of Souls came about because there were too many soul reapers and soul harvesters in the game, and I still had this card that needed a name. So Keeper of Souls was created. 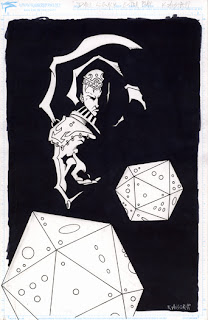 Extra Play is one of those cards that you don't want to see in your opponent's deck. This card could just change the whole outcome of the game. This card allows you to play two d20 for a couple of turns. Full details when the card is finished. 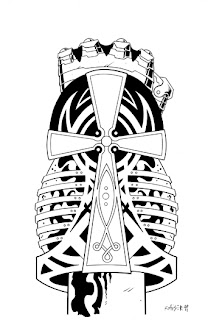 This is another card that I only drew half of it, but that half was fun to draw. I don't know if I would like to have to continuously have to draw this on someone's arm but at least for this single illustration I didn't mind. This card isn't as crazy at the brother to this card that is at the end of this blog post. 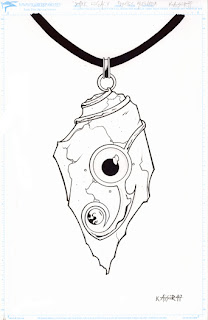 Simple but cool. I was happy to draw this one. It is known as Psychic Motivator. I really didn't know how to draw this card, so I thought I would put a like essence of a creature in the rock that would talk to you. 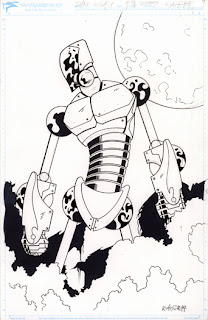 Got to draw another giant robot. Nothing but fun with this one. 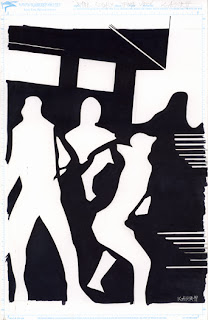 Thermal Vision was one of the easier cards that I got to draw. This was a card that allowed me to stay on schedule. I should do more cards like this. Dark Legacy would be done by now if they were all this simple. Maybe not as cool, but at least it would be done. 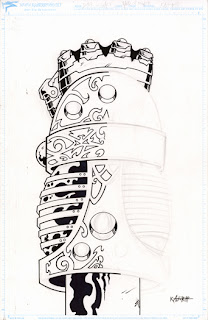 This is the Hand of Power. This is an example of what the half drawing would look like. I know a couple of my studio mates who get upset when I don't draw the whole thing but I need to get it done, and I know that Photoshop will do a better job at getting the exact copy of one side better than I could ever dream of doing, so I am going to let the compute do all that work.

Well I am now all caught up. Hope you liked the images and come back and see what other cards are going to be created for the upcoming Dark Legacy card game.
Thanks again for stopping by.
Kaiser